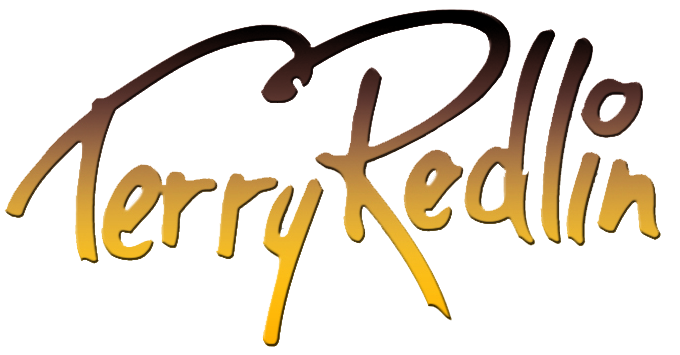 Now a famous South Dakota artist – once just a midwest man doing what he loved.

Terry considered himself to be an average person who just painted what he loved—rural America. When Terry first started selling fine art prints, he was one of many artists trying to enter the popular wildlife art scene. As more of his work started appearing at fundraisers and in galleries, people starting taking notice of Terry’s unique style. After three decades, Terry’s iconic paintings developed into what some of his admirers consider a genre of its own.

U.S. ART magazine dubbed Terry “America’s Most Popular Artist” every year from 1991 to 1998 and inducted him into their Hall of Fame in 1992 for his use of earthy colors, blazing sunrises and sunsets, and nostalgic themes. Today, over 2 million of Terry’s tranquil, heartwarming art prints grace the homes of his collectors—making him “America’s Favorite Artist.”

“America’s rural past, in my eyes, was a wonderful place full of both beauty and opportunity. How fortunate I’ve been to spend my life creating memories of those distant times for others to enjoy.” —Terry Redlin

Relive the milestones that made Terry Redlin the “Most Popular U.S. Artist” many times over—and certainly one of its most beloved.

Born in 1937 on a farm at the end of the Depression, Terry’s family lived in what locals referred to as “the dollhouse” because of its quaint size. On the edge of Watertown, South Dakota, the house had a single electric light in every room, which was always turned off after someone left the room. (Energy conservation was a must.) Early memories like this, which can be seen in “Lights of Home”, made their way into Terry’s paintings.

Watertown was a prime neighborhood for growing up outdoors. When Terry was 5, his family moved to town where his dad repaired cars. Kids in the community participated in games, such as kick the can and hopscotch. In the evening, they toasted marshmallows over the bonfire. Terry frequented the nearby lakes, woods, and prairie all summer to fish and hunt with his family. In the winter, Terry carved and painted fishing lures, repaired old rifles, and, of course, he drew.

Terry often daydreamed about the great outdoors. At school, his teachers nicknamed him “Windows Redlin” for constantly staring out the window. At a young age, he already had his heart set on a career—forest ranger.

Then in 1953, at age 15, he lost one of his legs after a motorcycle accident. With his dream job out of sight, he turned to his next passion—art.

Marriage, college, and his first job

Through a state-sponsored scholarship program for students with disabilities, Terry was able to continue his education. He enrolled in the St. Paul School of Associated Arts. While illustration was Terry’s main interest, he studied graphic design and layout in hopes of securing a job.

After graduation, Terry’s first job consisted of sketching drawings for the back of playing cards at Brown & Bigelow in St. Paul, Minnesota. During his lunch hour, Terry retreated to an unlocked company storage area where hundreds of paintings for calendar art lived. He studied these works of art with careful observation, including some by the famous illustrator Norman Rockwell.

Then, after two years in the city, Terry longed for nature and decided to go home.

To Watertown and back to the city again

Back in Watertown, Terry worked for an architectural and engineering firm as a draftsman, where he became a master at perspective. While there, he also had three children with Helene. After six years, he grew restless with his career. Again, it was time to make a change.

Upon accepting a position at Webb Publishing in St. Paul as a designer in January 1967, Terry moved the family back to Minnesota. Over the years, he continued to climb the corporate ladder, going from designer to illustrator to layout artist to magazine director.

Later, after surviving an abrupt round of company layoffs, Terry devised a new long-term plan to support his family and passion.

On April 25, 1975, Terry revealed his 5-year plan to become a wildlife artist to his family. Then, he got to work. His first phase of the plan included only observation. Every day, before sunrise, he headed to the cornfields to photograph the light. Even during his lunch break, after work, and late into the evening, he studied nature’s wonders.

After much study and preparation, Terry was ready. He built a studio space in the basement of his home in Hastings, Minnesota. Not only did he paint, but he produced prints, crafted mats, and built frames, too.

Terry and his wife celebrated a mild moment of success in 1977. Terry sold two prints, Apple River Mallards and Over the Blowdown to Ben Stephens, who operated two local art shops. Terry received $10 for each.

After this small, yet powerful confidence boost, he and Helene decided to make a go of it at Dayton’s Wildlife Heritage art show in Minneapolis. Terry brought 6 prints, and sold all 6. Around the same time, Redlin’s painting Winter Snows burst onto the wildlife art scene, appearing on the cover of The Farmer magazine in 1977. This was the tipping point. Finally, Terry knew he could make a living by selling his own art. So in 1979, he took a firm leap of faith and resigned from Webb Publishing to paint full time.

The rise of his popularity

An avid supporter of wildlife and conservation, he donated his entire edition of Morning Retreat –2,400 prints—to Ducks Unlimited. To his surprise, every print sold for between $3,500 and $5,000 each at over a dozen separate banquets. As the category of wildlife art as a whole grew, demand for Terry’s limited edition prints increased.

Before Terry stopped selling his originals, his paintings sold for $50,000 to $75,000. In 1985, after watching his dad sell his originals since 1977, Charles Redlin asked his dad to stop. He wanted to have a place to house them—a special place to preserve his father’s legacy. Terry listened: keeping every original oil painting from 1985 on.

Even with his ability to take a photograph and render it in exact detail, you would never find Terry’s painted scenes anywhere in real life. Terry referenced photos and resources around him, even going as far as talking with retired farmers when he was questioning a farming technique. Or he would get outdoors and sit for hours, like he did in the field after sundown when he painted Night Harvest. But every painting is a result of many collected references.

“He liked conceiving the ideas and designs for his canvases better than painting them. His facial expression when he painted, was that of someone having a headache.”  —Charles Redlin

After painting wildlife for nearly 10 years, he eventually included people, starting with one figure in a sleigh. Although a bit of an artistic risk, collectors loved his print Coming Home. From that time on, his style evolved into the nostalgic, storytelling scenes, like in his America the Beautiful series, that many of Redlin’s art admirers cherish today.

The building of the Redlin Art Center and retirement

“The idea of the museum is to bring in outside tourism money for the state, to pay back what South Dakota gave me for tuition to go to art school. They grubstaked me, so I’m just paying them back now.” —Terry Redlin

The Redlin Art Center, located in Watertown, South Dakota, opened its doors in 1997. In addition to giving back to his hometown, knowing that his artwork and rural conservation efforts could continue to inspire generations to come provided Terry with a deep satisfaction.

After a lifetime of artistic achievements, Terry Redlin announced his retirement on June 27, 2007 from painting and print signing. Terry Redlin passed away April 24, 2016 at the age of 78 after a 9 year struggle with alzheimer’s disease.

“I wanted to tell stories with my paintings, to remember the experiences of my youth, and to imagine and capture forever events that have been related to me by older folks I have had the pleasure of knowing. America’s rural past, in my eyes, was a wonderful place full of both beauty and opportunity. How fortunate I’ve been to spend my life creating memories of those distant times for others to enjoy.” —Terry Redlin

It took Terry a lifetime of work to get back to the shores of Lake Kampeska in Watertown, South Dakota. The Redlin Art Center is honored to showcase his works in the place that he called home.

“An American novelist once told us that you ‘can’t go home again.’ He was wrong. In my mind, I never left home, even when physically away. And when I finally returned, it was a great relief. I had a deep feeling that, finally, things were going to be okay. I was reconnected to my past, and to a childhood that was magic.” —Terry Redlin

Some of the information used in this biography was collected from Redlin’s Story printed in the Saint Paul Pioneer Press Express, December 17, 1995, written by Ellen Tomson, Staff Writer.